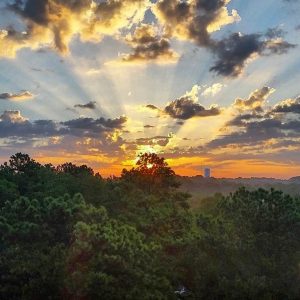 Greenville, SC is conveniently located about halfway between Atlanta and Charlotte and is also close to mountains and beaches. With mild year-round temperatures and an award-winning downtown, residents and visitors alike find plenty to do all over the area. Greenville is considered the cultural and entertainment center for the Upstate featuring a major performing arts center, a 17,000 seat arena, a 368,000 square foot exhibition center, nationally recognized museum collections, and 39 parks, playgrounds and recreation centers.

As the economic center of South Carolina, Greenville is a designated foreign trade zone area and boasts the highest level of foreign capital investment per capita in the nation. The city is home to more than 240 international firms from 23 nations, including BMW, Hitachi, Michelin and many more, and is the site of Clemson University’s International Center for Automotive Research (CU-ICAR), a campus connecting the research efforts of the university and corporations such as BMW, IBM, Microsoft and Michelin.

Greenville’s public school system is the largest in the state and includes eight magnet academies for special study at the elementary, middle and high school levels. Over nine colleges and universities are located in and within close proximity of Greenville, including Clemson University and Furman University.